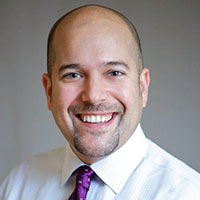 Prior to joining the MacArthur Foundation, Maurice was a Senior Deputy Prosecuting Attorney in King County (Seattle), Washington. As a prosecutor, he handled cases ranging from gang homicide to domestic violence and managed seventy-five cases before a jury. In the last three years of his work he specialized and led programs that used focused deterrence and community advocacy to reduce crime rates and develop alternative sanctions to incarceration. Maurice also served for six years as a guest lecturer in evidence and trial advocacy at the University of Washington School of Law and was appointed the Assistant Director of Trial Advocacy in 2010.

Prior to attending law school Maurice spent two years on the staff of a U.S. Senator.

Maurice received a Bachelor of Science degree in International Politics from the Edmund A. Walsh School of Foreign Service at Georgetown University and earned his J.D. at the University of Washington School of Law. He and his wife live in Chicago with their dog, Addison.